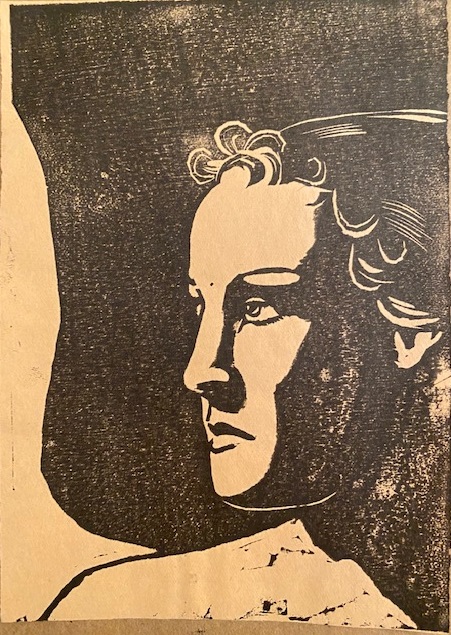 Note: In 1932, the German director Georg Wilhelm Pabst
shot three film adaptations of Pierre Benoit's novel
"L'Atlantide," one in French ("L'Atlantide"), one in
German ("Die Herrin von Atlantis"), and one in English
("The Mistress of Atlantis").  They were filmed with
slightly different casts, though Brigitte Helm played
Queen Antinea in each version.  It is not known at this
time which version was released in Japan.  While the
magazine does not identify the actress or the role, it is
clear from production photos and the movie poster
that the figure depicted is Briggite Helm as Queen
Antinea.