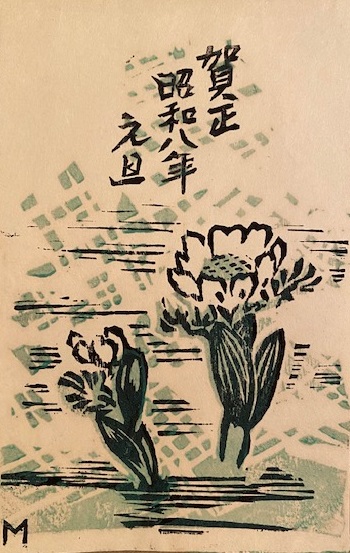 Note: This print is included here in an abundence of
caution.  It appeared in an issue of Shin Hanga
devoted to the topics of theatre and cinema, but it is
the only one of two prints with no obvious
connection to either subject.  The magazine states
that it was from a collection of greeting cards, and
it was probably included as a New Year's Day card
in honor of the season.  There was a play called
Fukujusô performed at Tenma Theatre in Osaka in
January 1905, but I can find no evidence that a
play or film with such a title played in Japan in the
early 1930s.